you know what? the fireworks four months ago were spectacular. we made the decision to take emotionally unstable people out way after their bedtimes and see what came out in the wash.

i was trying to schedule a trip to tyler to see my friend christian and his family on their transition from paraguay to bishkek, as well as my aunt cathy on a rare visit to tyler from north dakota, and i was losing my marbles thinking i'd totally shot my foot in regards to being in the right place at the right time for every last fireworks festivity. and then i figured out we were awash in fireworks opportunities on our home turf. what a surprise, considering we live in the dallas/fort worth metropolis. but really, i hear quite a few large cities canceled their shows due to the lackluster economy, but someone or another kicked in the cash at the last minute to carry on with one of the big ones here. but that's not the one we ended up at. 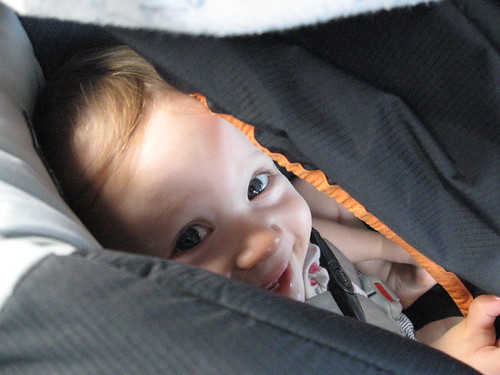 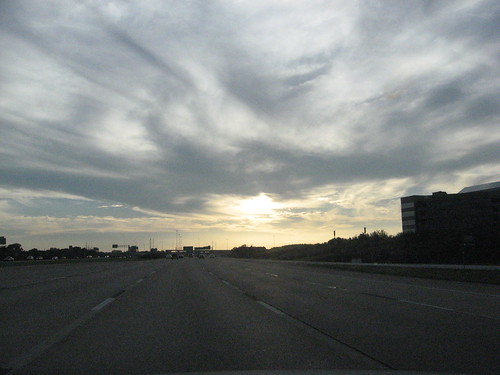 we walked around a little and scoped out the territory before setting up some towels and pulling out the surprise celebratory organic lollipops i had shoved in my purse.

as it turned out, we were right underneath a flight path for DFW and these lumbering works of levitating magic would shoot directly over our heads every couple of minutes and inspire amazement, and a little fear that an engine might fall off and kill us. but i try to suppress that part of my nature when around the kids. 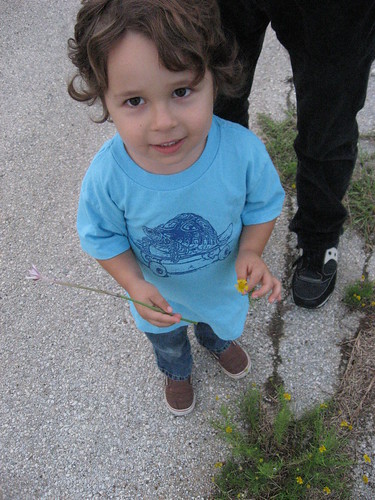 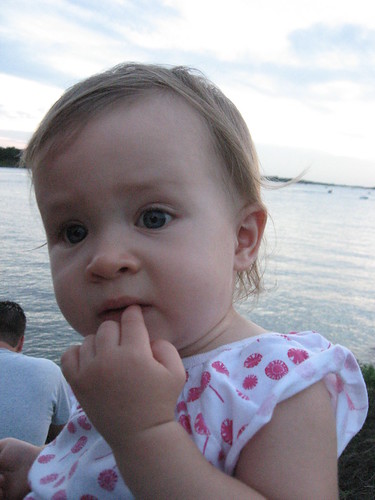 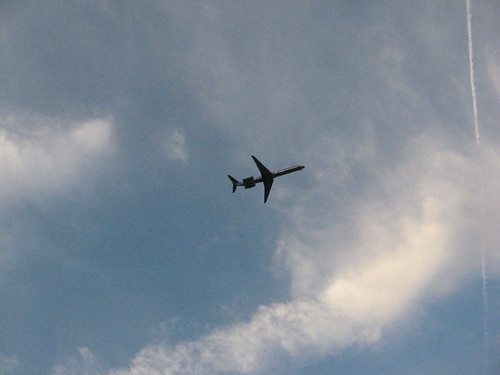 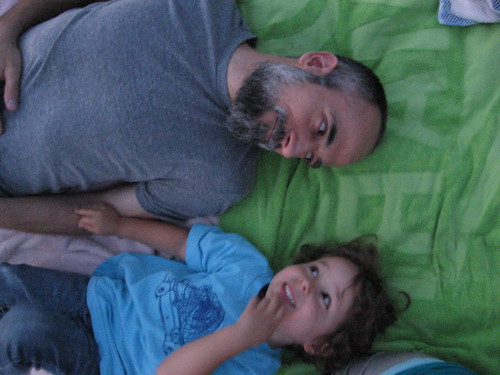 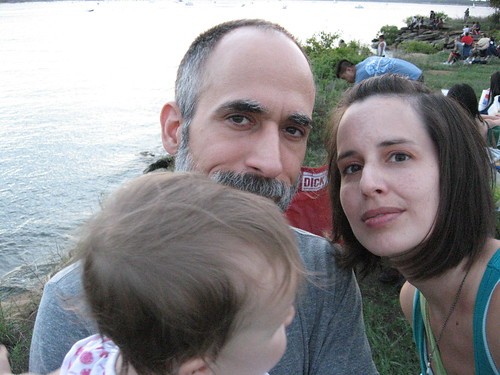 one of my dreams came true... children sat on a blanket on the grass. though, i can't say for how long. 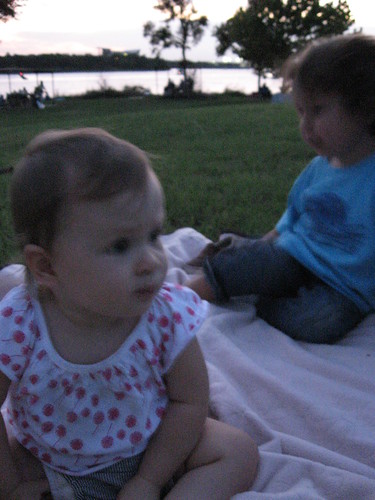 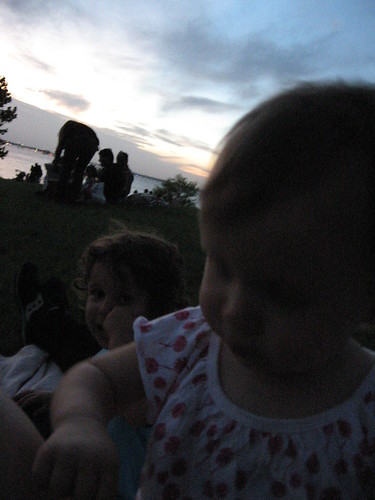 darkness finally began to fall and the glo sticks of dubious nature began to appear around us. some children seated behind us created a stockpile of them in the grass and oliver kind of wandered over there and said with his staring eyes, "dude... check that out." and a man kindly let him have one.

once the fireworks were finally underway, i was surprised to find the children both still conscious and in relatively good humor, though violet started to let off some steam as the show progressed.

it was pretty gorgeous watching them up over the water with a whole flotilla of boats underneath them. 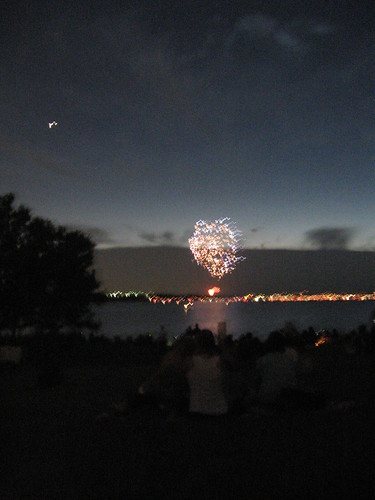 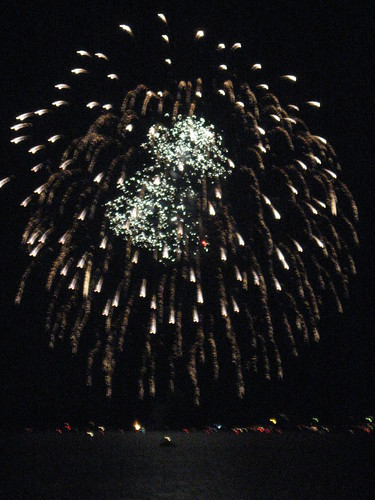 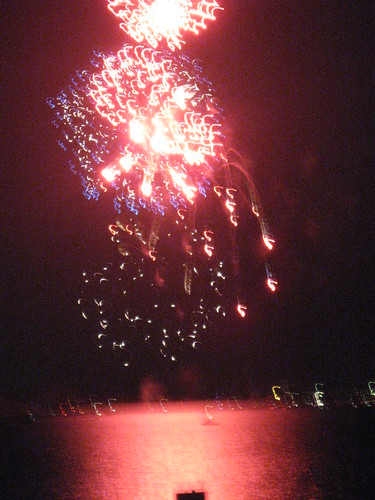 once they were over, we sprinted to our car to join the battle to get the hell out of there. unbelievably, those kids stayed awake the entire way home.

hooray! fireworks! what'll i have in store for you next, livejournal. my stockpile of missing entry fireworks is spectacular.

Happy birthday to everything.

Today or tomorrow, Ellis is coming to our house for the grown-up party.

Today or tomorrow, we will put out the napkins.

Today, happy birthday to the cards
and the coasters
and the machines
and everything today.

Today, happy birthday to the grass
and the legs
and the bodies that are moving around.

heh-heh-heh,
please let me have an apple.

we made the mistake of trying to take the kids to the zoo back during spring break, just like every other parent in the DFW area. we got stuck in this line coming off the highway and had to wind around to the remote parking and at the last minute, we jockeyed around and said fuck it and that's the day we went to ride the swan boats at fair park. did you know we rode the swan boats at fair park last spring break?

there had been this big promise floating around in the air for months that there would be a return to the zoo and we finally decided to nail it down that week because brian was taking a little staycation from work. looking back now from my perch in the 70 degree temps, i cannot fathom what possessed us to go outside for an extended period of time in july without being near a body of water. though, i sort of also remember feeling impressed for being so hardy in the heat until august arrived and whipped my ass until i scampered back indoors for six weeks.

it's july. it's in the 90s. there was some cloud cover. we visited the new safari section and felt some sadness watching great beasts pretend to be happy in enclosures while being gawked at by people like us who were perpetuating their captive existence with our admission fees and great interest. there was also a mister over there and i think that might have been my favorite "exhibit."

a coon got a hold of his trousers. 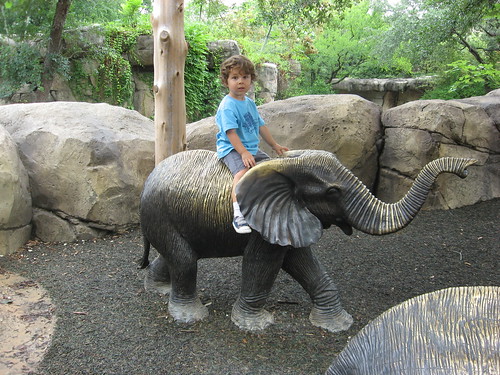 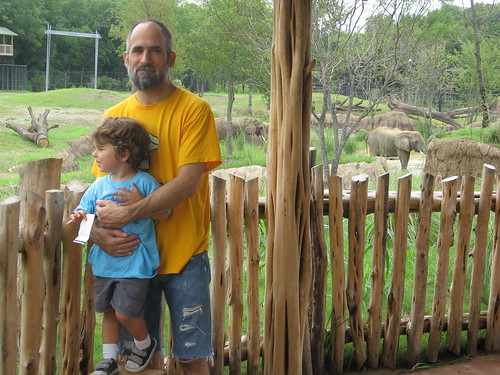 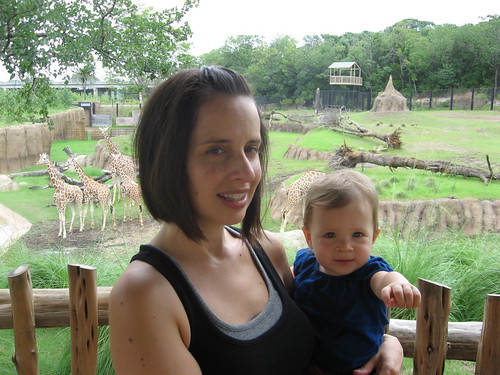 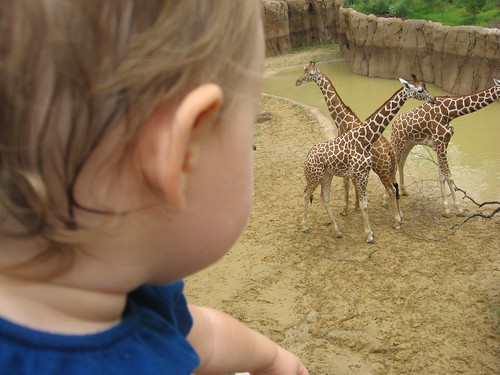 brian's nose is larger than a lemur. and shaped like a boulder. and does a good job of pointing at creatures. 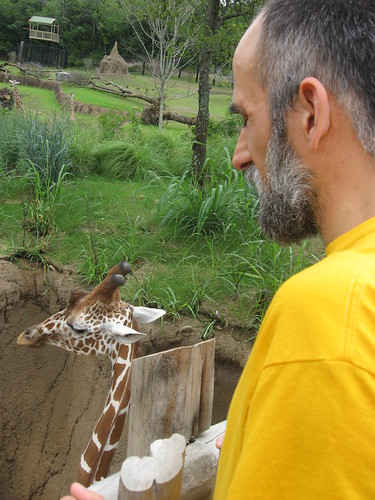 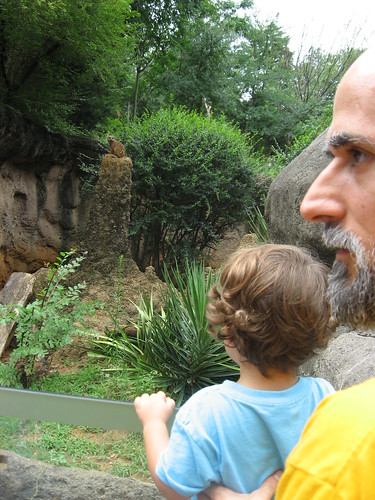 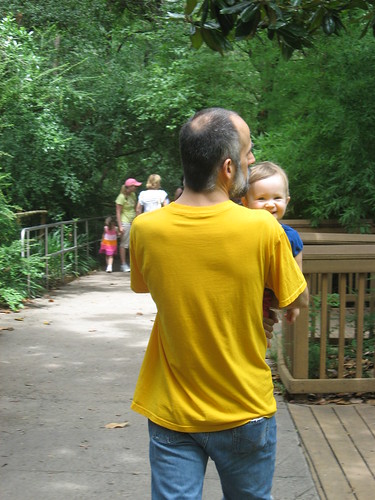 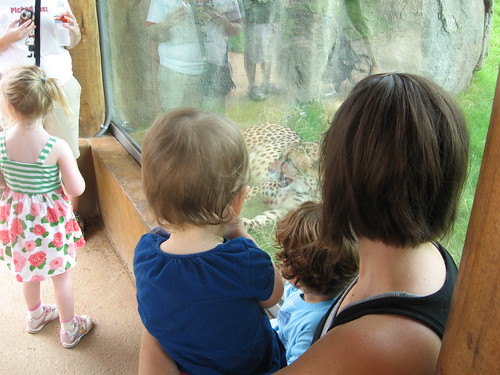 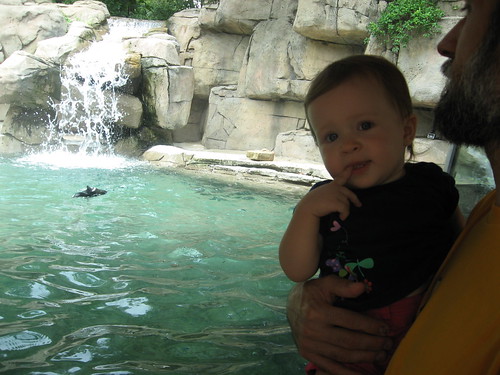 oliver and some penguin-dung-tainted water. 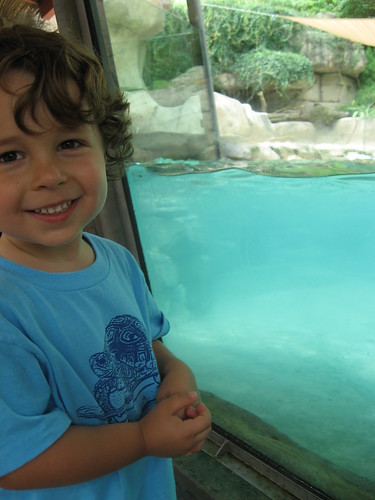 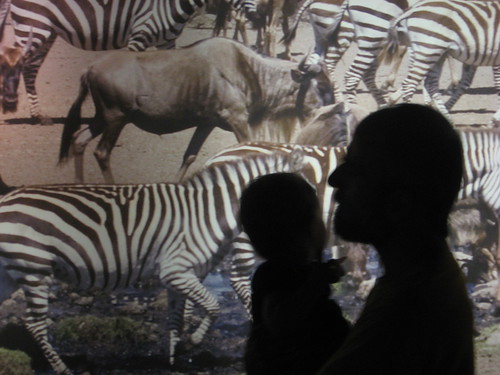 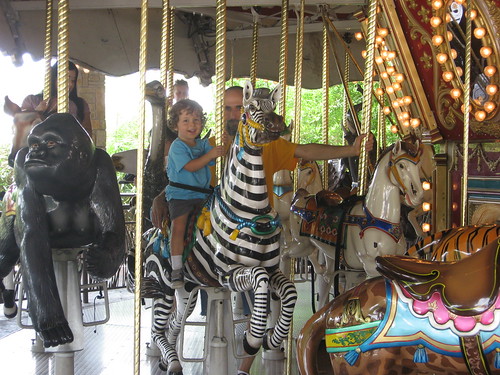 what good is a passport when your parents won't spring for you to ride on the back of a gorilla with ample nipples? 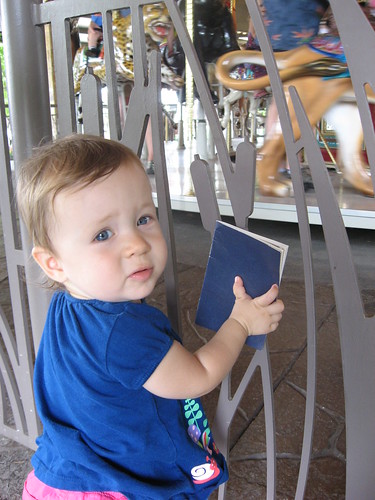 oh, god. i think i'm having another one of those new-fangled anxiety attacks again today. undoing my bra doesn't seem to be helping.
Collapse