today sort of disappeared into the humid haze without leaving a very solid impression.

we started off without one single plan. so i suggested we return our books to little launa's library. that was 10 minutes. then, in a take off of my father's day plan, brian had me close my eyes while he drove me to a surprise location and i tried to suppress my fear of dying while he was behind the wheel because i was unable to drive secondarily from the passenger's seat.

i was definitely completely surprised to open my eyes and find us at the curb of the chase building downtown, the one with the sky lobby we last visited on the day we applied for our marriage license. 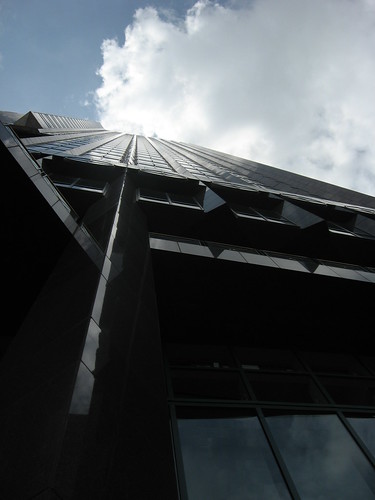 we pumped the meter full of all of brian's silver coins. it was stingy with returning minutes to us and i wanted to make sure we didn't end up with an expired meter. we headed around to the door and i thought i heard the woman in front of us gaining access after speaking to someone through an intercom. then, i thought i must've been wrong when we were able to get right on in. and then, i knew i must've been right in the first place when a security officer from far away, brian thought his voice was coming from the heavens, asked if he could help us. because we had basically, accidentally, snuck in behind the other woman. sadly, we were told the sky lobby is only open during the work week, which is just plain silly. in order to feel like we'd accomplished something and to make me feel better about the remaining minutes on the meter, we went down these stairs to nowhere and then back up the stairs to nowhere and drove away.

since we are poor planners and since violet had allowed me and her own self to sleep until something absurd like 8:45, we were already into lunchtime. so we drove back home by way of turtle creek and put a pita pb&j into oliver and some left over stew into violet. we decided we were not even going to bother ourselves with silly things like children napping, or, more precisely, wasting our time trying to force a certain child to nap who most likely would not nap.

we headed back out to go visit froggie's and oliver fell asleep right before our arrival. we woke them both up and the second we got inside froggie's, i could smell the smoke to violet's fire. which means she had pooped. brian went back to the car for the diaper bag and i went to the starbucks across the street which, of course, did not have a changing table and since the lighting was dim and the floor was of dubious quality, i left and headed over to restoration hardware. i tried acting like i was interested in their wares so they wouldn't think i was just there for their facilities, despite carrying diapers practically in front of my face. surprise, surprise... there was no table there either, but i trusted the floors to a greater degree. i considered borrowing one of the towels off the bathroom shelf to put on the floor, but violet has developed an intense fear of public restrooms and was already screaming, so i just hurried the hell up. i perused the novelty games around the register and looked disappointed before making my exit. it wasn't a total lie. i really had been considering seeing if npr has put out a second deck of puzzle cards, one of which i had purchased there in the coincidental first place.

i got us back over to froggie's and we let the kids play for a few more minutes until oliver busted up some kind of wooden skull castle that was on display in the front window (where they allow up to six children to play) and he was getting beyond noisy so we hightailed it.

we planned for oliver to fall back asleep in the car so that we could enjoy parent time in the front seat with coffees, but he was awake as all get out. so it turned into driving with coffees and an apple juice to whole foods so brian could get tomatoes for our taco bowl dinners.

and then we had taco bowl dinners.

while i was preparing dinner, brian took oliver down for a long overdue ride on his tricycle while violet stayed with me and sucked on an empty barbecue sauce bottle she keeps pulling from the recycling. i think she's preparing to start up her own jug band. did i ever show you the photo from last month where she's playing the spoons at the bangkok inn where we had dined with the mann family? 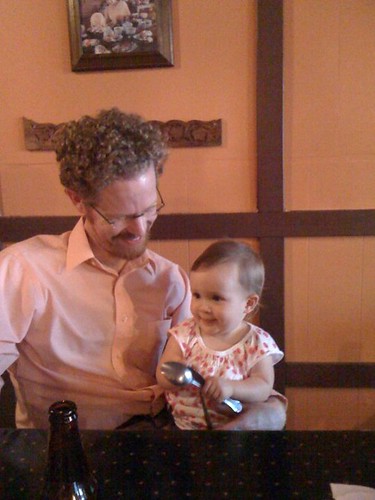 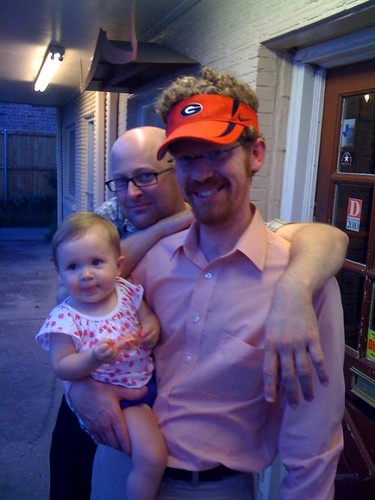 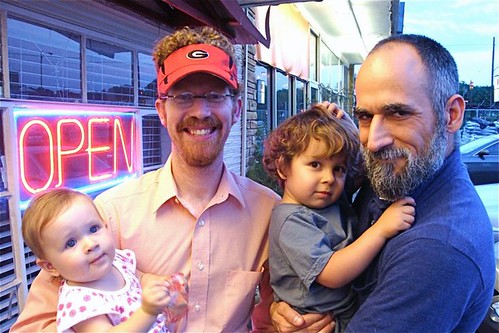 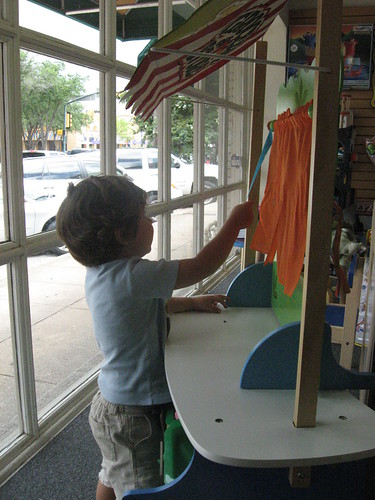 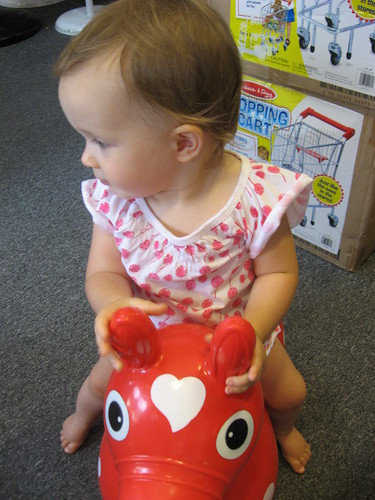