as a general rule, i tend to find daily candy ridiculous and only subscribe for the rare occasion when something useful passes by.

today, it was more ridiculous than usual and goes to show that organic and pro-environment do not always go hand in hand.

it misted rain all day yesterday. perfect weather for a xmas pageant.

i was supposed to have oliver to his classroom by 5:30, but was running a little late. we had finally located a toddler-sized robe for his costume that was as close to solid colored as you could get. i finally realized the sock monkey on the chest was accompanied by a star... fitting for a wiseman.

i think he was startled by all the commotion going on inside and was not having any putting on of costumes or me leaving. the rest of his outfit was brought over and i was reminded of twirling recitals... there was a cape of purple spangles with a thick, golden cord. not to mention a white feather boa. and a golden crown to match. a pimped out wiseman. 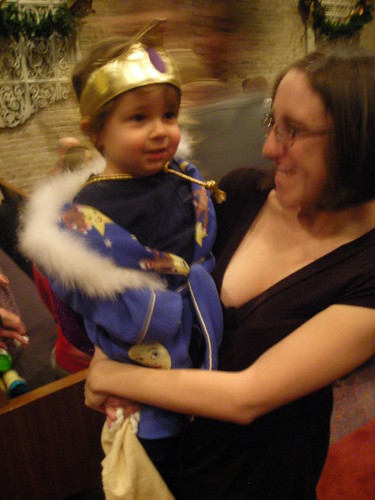 i snuck away and tiptoed through the heavy mist to the church next door where brian was waiting for me. we spent the first 25 minutes of children playing piano and singing trying to convince our camera to take a decent photo in low light. wasn't happening.

at the last minute, the toddlers were paraded out in full regalia to join the other students for a round of jingle bells. i could barely make out oliver's round cheeks from where we were sitting, but i could tell they were not moving to the words. he was shell-shocked. miss coral crouched next to him.

after they finished, he was carried over to us and i could see his cheeks were flushed. i was hoping it was because he was wearing a thick robe in 60 degree weather.

brian had to go back to work (until the wee hours of the morning), so we all ended up missing dave's early birthday dinner at the italian restaurant a convenient couple of blocks away. i took oliver home and we shared some macaroni and watched some of the grinch movie.

once we were closing in on bedtime (8pm), he did something astounding. he asked to take his shirt off. and then his pants. and then his diaper. i thought he might be wanting to watch tv on his potty chair. but then he started asking to have his shirt on and indicated some pajamas. somewhere in there, he said he wanted to lay down. i thought he wanted to cuddle on the couch like we usually do.

he asked for pants and i told him he needed a diaper first. he started saying "blanket on!" which meant he wanted in his bed.

a request, nay... a command to go to bed was totally unprecedented. i mean, he's been pretty compliant with bedtime lately, but wanting to go?

i had been noticing his cheeks were still pink and he was still a little warm, so i gave him some motrin and brushed his teeth. i was lowering the blinds in the bedroom and he demanded to be put in his bed immediately. no more waiting. i put him in, changed into pajamas, fed the cats, etc. and he was out before i could leave the room.

he woke up at 5am and was perky as usual. just not interested in eating. i couldn't tell if he was feverish.

not long before leaving for his xmas party at school, his teacher called to say he was burning up and had been acting sad all morning. i brought some motrin to the playground and walked him to the party. he wanted nothing to do with a group until i finally coaxed him into a chair and got him some fruit. he had been wordless the whole time until i finally figured out he was motioning for me to hand him one of those snowmen decorations that you fold out to make a 3-D honeycomb. then he was talking up a storm to that thing.

he passed out in the car on the way home. and then napped for three hours.

second friday in a row that he's had a fever. the doctor's office wouldn't even let us come in last week. 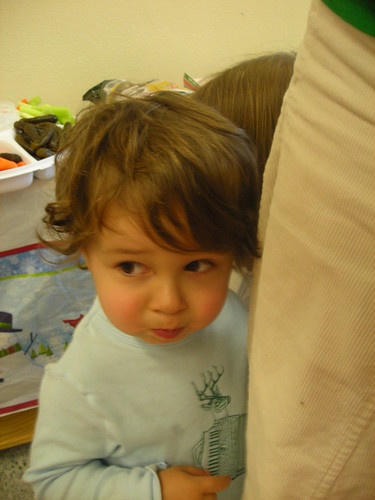 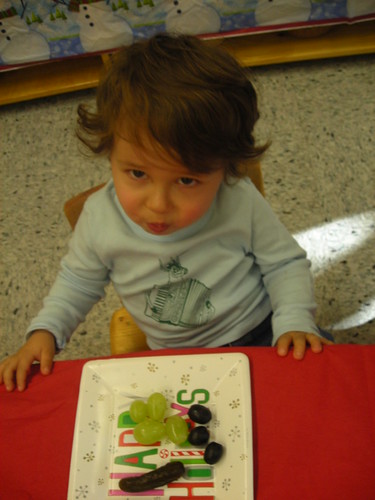 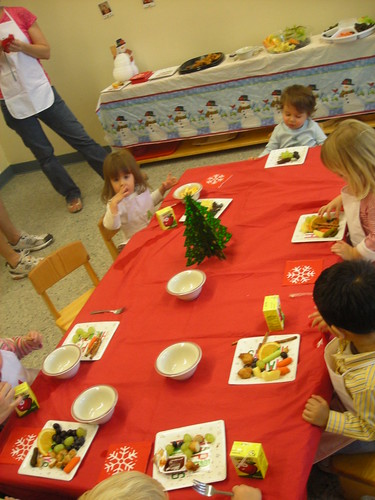 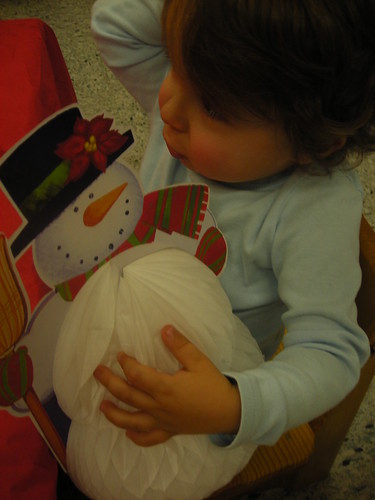 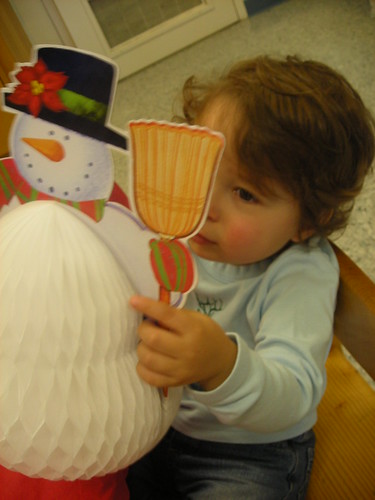 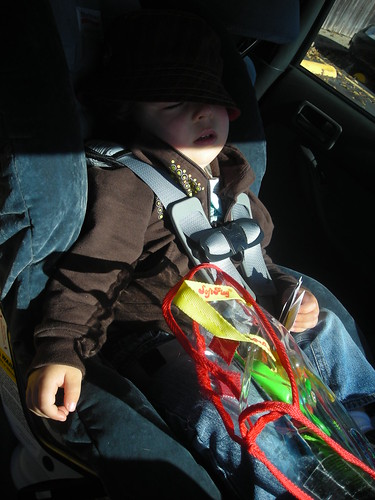 he decorated the pony for xmas. 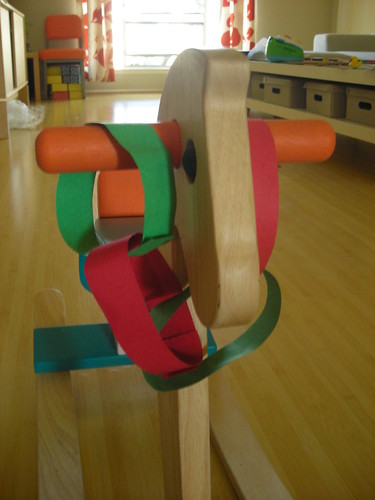