finally, a million years later, i've gotten around to scanning the incredibly gigantic print that came with oliver's $60 school pictures. it is so gigantic, i had to scan it in two pieces and paste them together. and i still missed about an inch off the top and bottom. really. what am i supposed to do with such a huge photo?

it's the most hilarious thing ever, but it will bother me to the end of my days that NO ONE BOTHERED TO FIX HIS HAIR. and that part of his shirt is tucked in for some reason. you can't really tell from the scan, but the photos were printed on this odd paper with a pearlescent sheen. 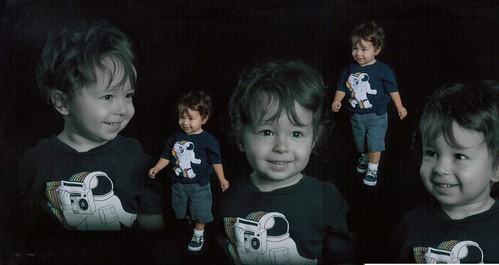