we had sleety snow this morning, which delayed the opening of oliver's school until 10am. i finally managed to get him there a little before 11.

we had a huge fight because he wanted to wear a tshirt. though the decal of the abominable snowman was fitting, the short sleeves were not. i tried to give him a choice between blue-and-brown stripes and green with bears, but he was pissed. i wrangled him into the stripes and then tried to appease him by letting him choose the shoes he fancied most. but he was pissed. and kept changing his answer every two seconds through a curtain of hot, angry tears. and so i wrangled the blue velcro on. and he continued to wail. then it was a time out. and he was mad because he wanted jacket on, but he had missed his chance.

he happily wore his new hat and mittens for the first time.

he died laughing everytime i threw my mighty, ice-crunching haunches into the car doors in an attempt to convince them to open. he gave the tire a bump with his tiny, nothing-crunching hips.

i couldn't find my ice scraper anywhere in the car and had to resort to using one of the two screwdrivers that i was able to find in my car.

about a mile from our destination, i noticed the ground was white and it was snowing. i turned down the radio and hollered a bunch at oliver to look at the snow do you see the snow it's snowing take a look are you awake back there? because we've been educating ourselves about snow by watching yo gabba and blue's clues winter episodes. but, since he's been practicing getting up during the 5 o'clock hour for the past four mornings, he was super fast asleep.

i wondered if it had been white at our place and i had just totally missed it. but no. there was this distinct snow boundary. i passed back under it and went to get a latte and a chocolate donut to celebrate. 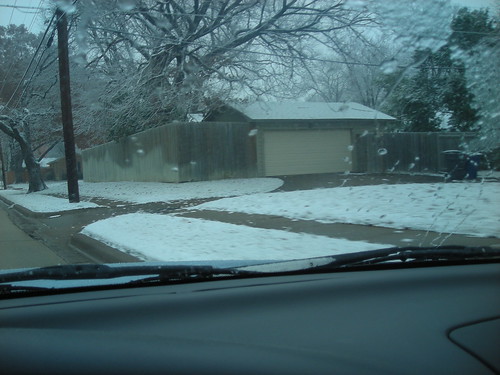 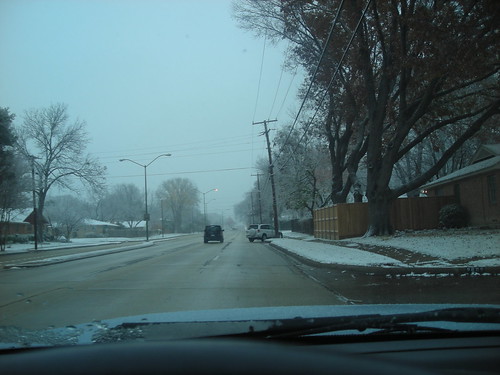 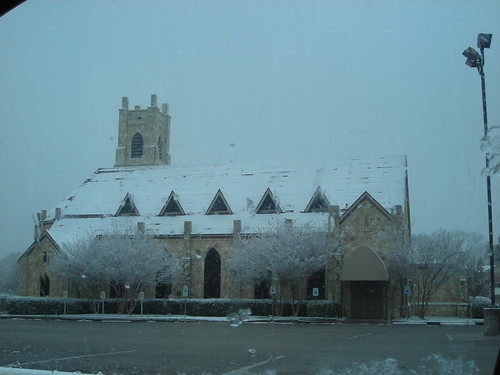 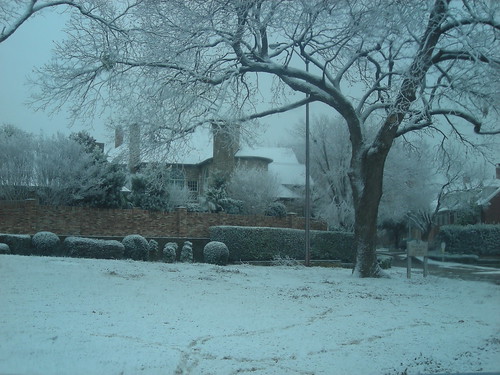 ps: in case you haven't had someone point it out to you like someone did for me yesterday, xmas is a week from thursday.