my dad decided he would be incommunicado deep in the heart of mexico for two weeks during the course of his birthday. so, we went to tyler the weekend before he left, october 4th.

we had grand plans to go to the tyler zoo for the first time in two years, but it was obvious dad wasn't feeling it and we had just gone to the dallas zoo, so we postponed it for another time. we went to one of dad's favorite haunts instead: the rose garden. it's good to get oliver out and let him see what grass looks like. he wanted to pick the flowers in the discovery garden and i wanted to get away from the massive amounts of bees in the discovery garden. they had these rather odd scarecrows set up. one was wearing a vintage gown which i was tempted to steal since they obviously don't know how to treat a vintage gown. another was a frighteningly large, raggedy-ann type number. 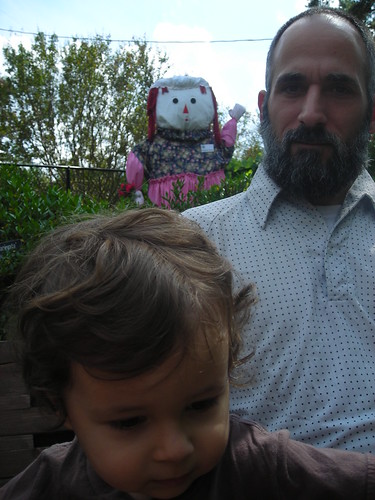 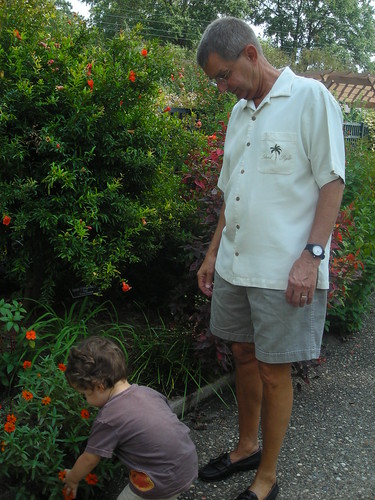 trying to swim in a very green fountain. 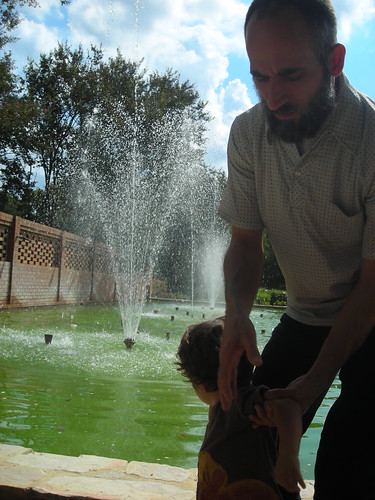