if you don't count beany's recent memorial drinks and dessert service, brian and i have not been out together without child since last december after our faux wedding. before that, august 2007 for my birthday drinks. before that, april 2007 for cirque du soleil. i can count them on my hand.

as you can see, we don't escape together very often. at all. it's weird that it doesn't feel more weird when we do.

we were a little stressed out to have a sitter monday night of last week. to top it off, oliver has never been put to bed by anyone else. we were either home before bedtime or left after bedtime. we had no idea which way this might go, especially considering he had been flipping out on us after going to bed for a couple of nights prior.

the sitter was paul, darren's boyfriend. he arrived early and we left not long before bedtime.

we were going to see the magnetic fields at the majestic theater. darren was with us. 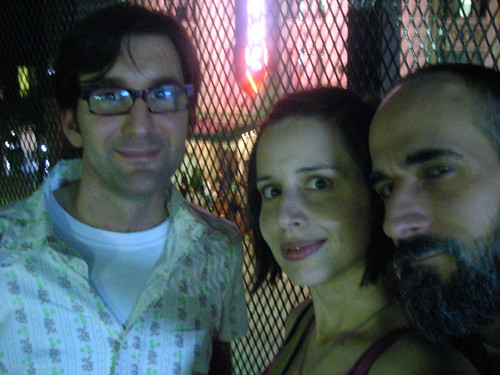 the opening act was michael hearst performing micro-songs about inventing invisible cloaks, gary coleman backing into someone with his truck, a stolen shark, biking spaniards, etc. the material was gleaned from the news and the songs reminded me of my tenth grade world history class where we were required to occasionally bring in periodical proof of current events. for reasons known only to myself, i thought of him as the jonathan safran foer of music.

in between sets, we visited the bathroom and visited with dave, but not at the same time. we begged jeromy and amanda into getting another michelob ultra for brian so we wouldn't have to wait in line.

i'm posting this because it's the closest thing i have to a photo coming out from that night. 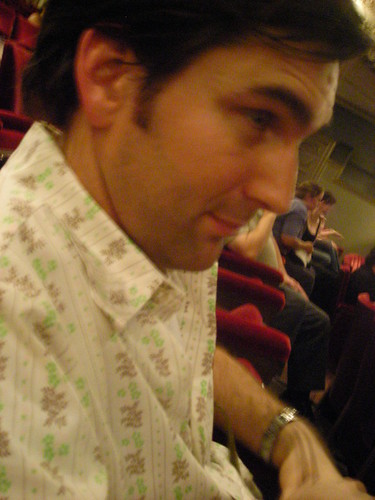 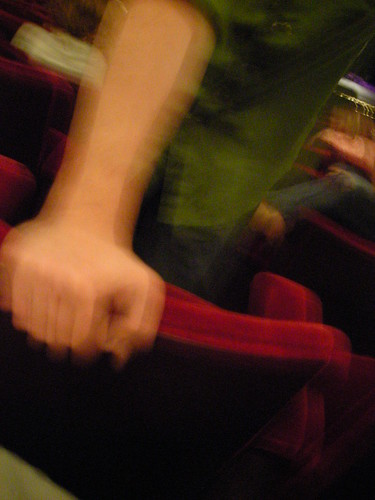 paul texted darren. he claimed he had held oliver on his chest, read him a book, placed him back down in his crib while patting his chest, and then rolled him over to go to sleep. i imagine oliver being a deer in headlights and too perplexed to approach getting truly upset.

in between songs, claudia and stephen were heavy on the slow-paced, highly-stylized banter. brian said he could've done without so much. i didn't particularly mind it; though, i wondered if it's translation into a private setting would make me loathe them as social creatures. 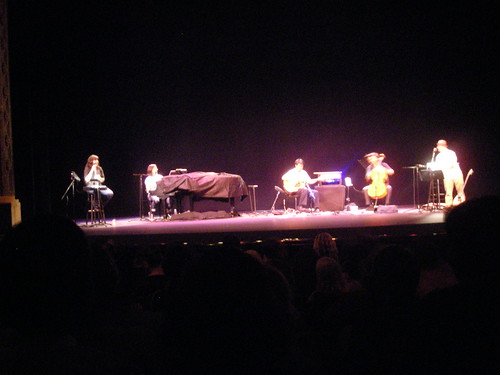 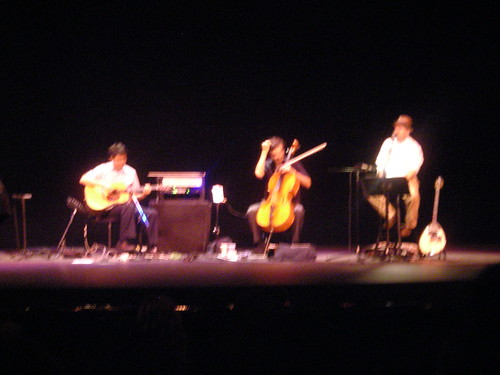 when we arrived home, we found paul sitting on the couch with his laptop and a movie on the tv. the lights were on, the bedroom door open, and the lamp in the bedroom on. he shouted hello and ripped the long velcro strip on his bag open. i cringed. we're in the habit of walking on eggshells in the dark after oliver goes to sleep. he didn't stir once.
Collapse