i had grand aspirations for our three day labor day weekend. i began searching for cities within a three hour radius.

hot springs was too far. tallahatchie flats was way too far. medicine park, ok, was a consideration.

and then it dwindled down to a day trip to dinosaur valley state park on the paluxy river in glen rose, about an hour and a half from dallas. i didn't even know it was there. at some point, i remembered that it's still easily in the upper 90s in texas in early september and we postponed that trip.

i decided oliver might finally be old enough to visit one of natural caverns in the texas hill country. inner space, just north of austin, is the closest and i've wanted to overnight at the austin motel for several years (i was going to gun for #145, the polka-dot surprise room). and oliver loves a good pool. then i looked up the length of the tour. one hour and 15 minutes. and i imagined oliver going nuts and trying to throw himself down a shaft while we were trapped down there and that idea was called off.

everything was either too hot, too long, or too far away. i threw the towel in for any hope of having a big time and imagined myself languishing on the couch with my left arm draped across my forehead.

instead, we ended up doing things around town. at least we didn't just go to target and call it a three day weekend.

we popped by the park because oliver is supposed to bring photos of five of his favorite things to school and there is no denying that swinging is one of those things. 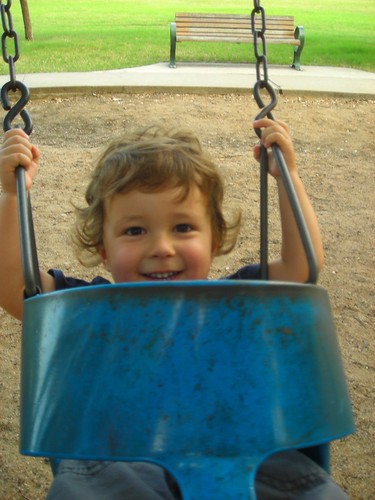 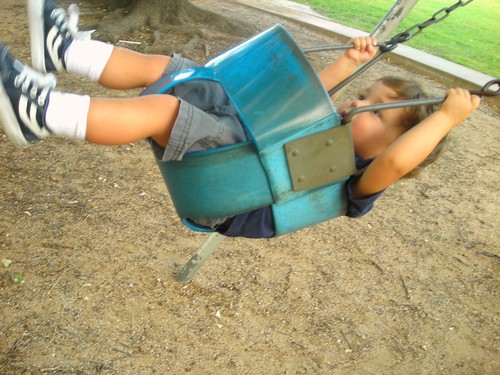 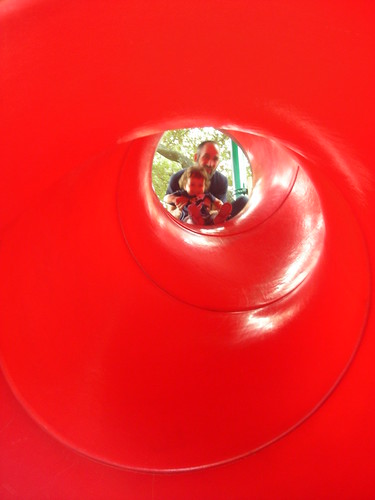 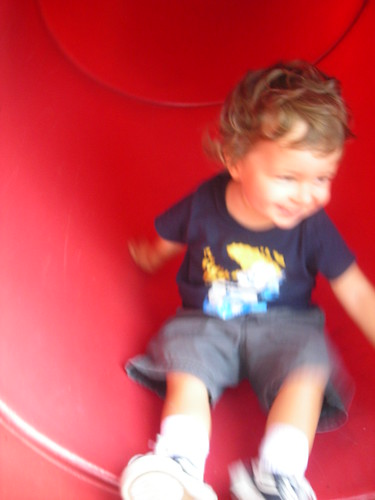