oliver is totally over his separation anxiety. record time.

friday, he cried wildly as brian left the room. two minutes later, he was all done. daddy who?

yesterday, we did another half day to keep any possible trauma of returning after a three day weekend to a minimum. zero tears. when miss S came in the room, he went over and sat on her lap. he's a lap-sitter. i frequently find myself being a toddler chair.

he came out wearing his emergency shirt. hemp milk spillage had occurred. she said she had taken them outside and run them like ponies. races back and forth. running backward. i yearned to have been able to watch.

when i pick him up, he gets a little grin when he first sees me and tries to get around that rope to come over. i pick him up and he grins a little longer. while i talk to miss S, he fades into this odd daze. he never once makes a sound. i'm not sure what's going on in that little big head of his.

he wore his new alphabet shirt today. it's sure to be all the rage. after suffering during his departure from me last friday morning, he happily jogged out the door today without hesitation. i cried a little since it's his first full day away.

regarding today's drop off, brian wrote:

Oliver was all smiles this morning. He sat down next to Ms. J and she said, "Oliver, can you give me five?" He gave her five. Then, Secretary L said that Oliver was her favorite "little one."

i hope i don't get the secretary fired by making her comments public. but, i certainly can't refute what she's said. he's my favorite, too.

the weekend of august 16, we finally got down to killeen to visit brian's mom and pappy ken. we arrived late friday night and oliver got his usual second wind. chortling with delight over the feeding of 20 raccoons did nothing to settle him down. he finally fell asleep and we all woke up what felt like 15 minutes later. 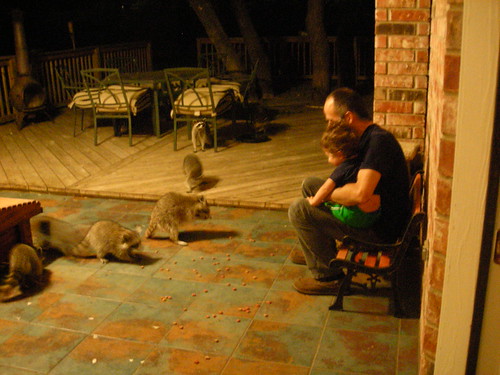 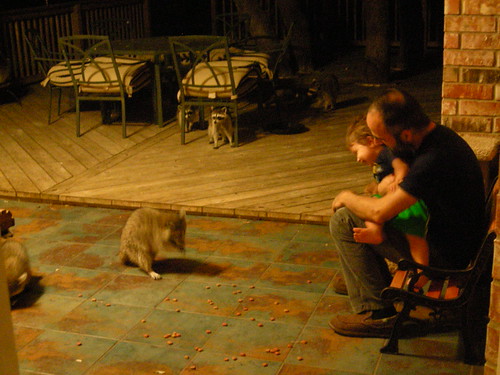 brian's nephew, ben (son of the delinquent brother), was wrapping up a week long visit. the other grandparents recently moved to phoenix, so visiting has been drastically reduced. before he had to leave for the austin airport, oliver tentatively followed him around the house. when the social pressure became to great, he would take up residence around my legs. 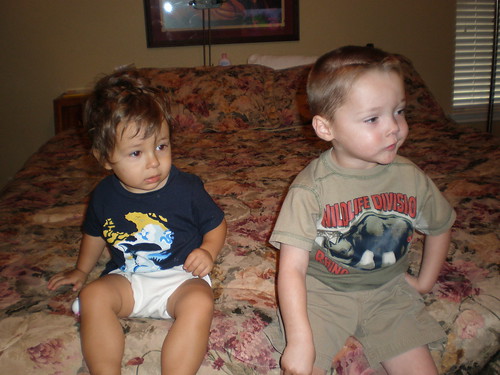 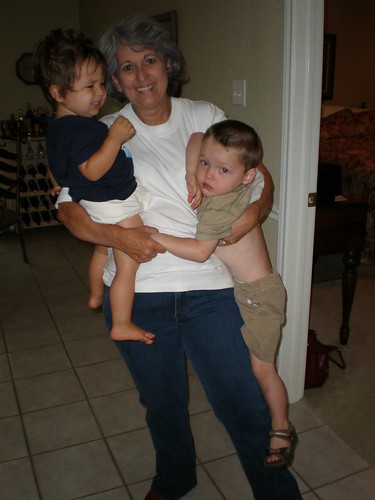 brian ended up having to work quite a bit saturday, so i took oliver out to play in the back a couple of times.