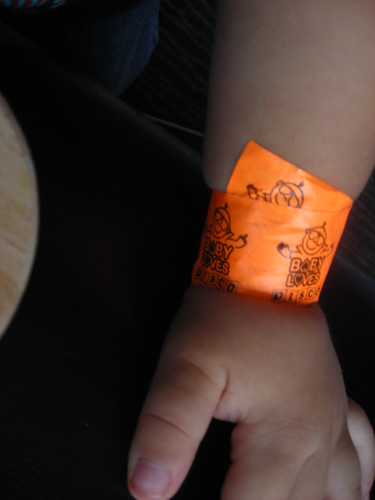 since oliver was in the womb, i've been keeping my eye out for the arrival of baby loves disco: dallas.

it finally came. i visited the website on the first event last june and then got tickets to the second event held last saturday.

after an unparalleled good day at the little gym where oliver finally ran in a circle for the first time in a year (you'd have to be there), we squeezed in a tiny nap and then headed out to Purgatory. it's a three or four story club on the outskirts of deep ellum. we were gouged another $10 for parking.

we got there at 1pm, an hour after it began, and climbed the stairs to level two. we started off in the quieter room so oliver wouldn't freak out. there were bubbles and ikea toys and books and apple wedges (sadly spilled from little, plastic packages), grapes, strawberries, crackers, hummus, etc. and beers. i had a beer. i can't dance without one.

his one attempt to play with another child, resulted in the four year old girl taking the block out of his hand that he had set on top of her bead maze, telling him "no", and continuing to chase beads with one hand while holding his block hostage with the other. after a minute or two of trying to figure out what was stuck in her craw, he wandered off.

we didn't spend much time in the businesses-for-hire room where there were kids doing yoga, but we did swipe a revolting number of iced cookies when the baker made the mistake of setting them down near us while she was packing up. we hid them in our mouths.

we did our best to forget that by the light of the moon, that place had a very different clientele. but, we could see their evidence left behind on the fabric of the many couches. we were glad for the play rugs covering some of the carpet and tried not to cringe when we saw infants mouthing communal toys.

we spent some time getting down in the dj room with some scarves and hula hoops and what not. oliver even danced. he busted out some new moves that i could only guess he's been practicing in his room.

we rotated through the rooms several times, but had to leave the dance floor whenever oliver would become entranced by spongebob on one of the seven or eight televisions. that was my one complaint. i did not spend $55 (including parking) to have him watching tv.

we ran into harper from oliver's class and her mom, deborah, as well as her little brother and dad. we chatted for a couple of minutes until oliver took off at top speed. i pretty much ran away from them. i'll need to remember to apologize for that.

we shut the place down at the pre-dinner hour of 3pm and went to target and then got takeout from mango. 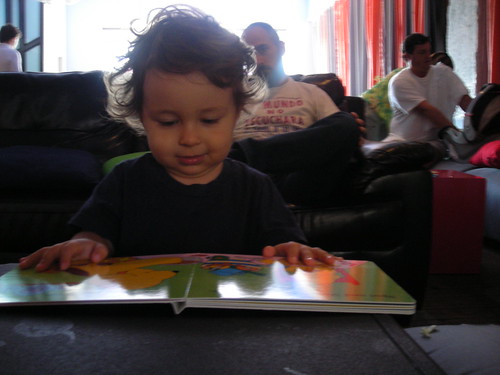 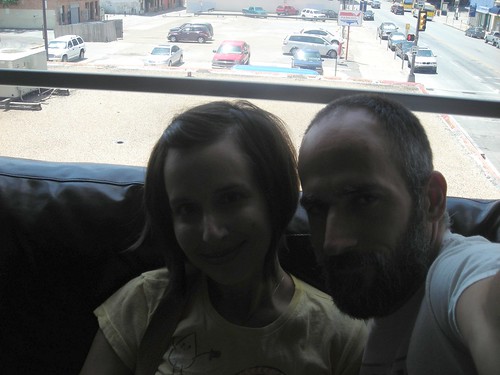