darren's 35th birthday fell on a monday this year. june 30th, to be exact. his boyfriend managed to be out of town, so i promised to party with him that weekend and on the day proper.

we realized we had managed to not celebrate in gaytown the last couple of years, so the stage was set for the pre-party.

it started sprinkling on our way to the angelika. i believe this was the night we saw savage grace. oh my. was not expecting it to turn out like it did. and judging from the intermittent exoduses of fellow movie-goers, i don't think i was the only one. during the most unsettling scene, i distracted myself by watching an older woman in front of me distracting herself and asking "is it over? is it over?"

we needed to unwind after that, so we found our parking spot in gaytown and eased in at JR's. we made a side trip to throckmorton gold mining company. the last time i was there, there were a lot of topless cowboys dancing under a disco ball. but i guess since sue ellen's closed (the only lesbian bar), the crowd had moved on down. lots o' ladies. we retired back to jr's to recover with deep conversation on the outdoor balcony before graduating to Station 4, where we could forget about deep conversations. we nested safely on the upper level, far from the drag performances and peered over the railing for a bit. i felt like i was in a bubble. we were there, but it was almost like we were watching it on a screen. we didn't bust many moves on the dance floor. just enough to get us across to one of the bars.

inside JR's and outside the S4. 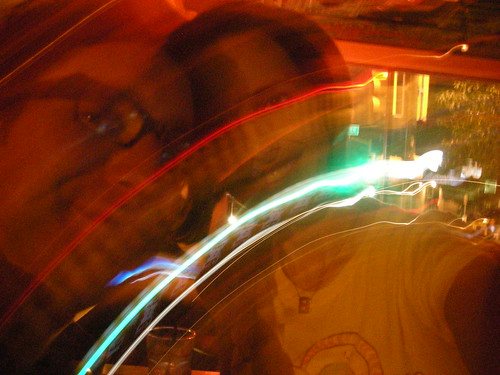 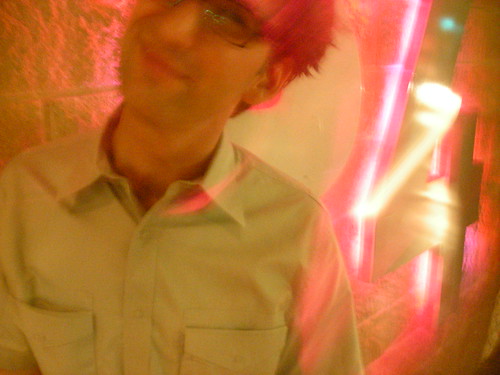